2019FEB10 – Changes to the play schedule so that the playback is now three hourly starting at 0300 (does not play at midnight). See below for details.

2019JAN13 – The News Hub can now be listened to by using a VoIP client. See below for details.

You can connect into the node and listen to the news at any time.

The News Hub can be listened to by using a VoIP client (such as X-Lite on a Mac or PC or Groundwire on a smartphone). This will allow you to listen from any device that has VoIP client. To connect: 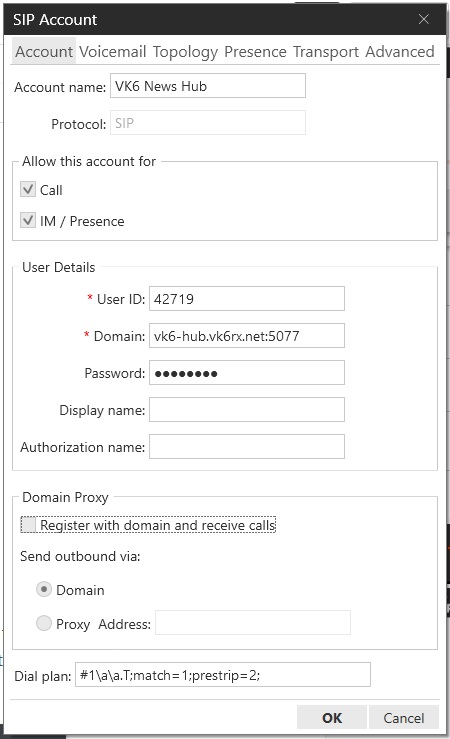 2017JUL13 – VK6 will soon have a news hub. Listen out for retransmissions of the weekly news broadcast on 42719 – VK6 News Hub. Thanks to Rob VK6LD for the input of audio to the hub.

The node below has been retired.

The idea is that node 42689 will be a point where people can connect to listen to the news broadcasts on Sundays. The node will always be in RX mode so at other times people can just listen to activity on VK6RAP.

The node is experimental at this stage, so it may be offline without notice and audio may not be 100%.

The node currently receives its audio from a Realistic Pro-2005 scanner.